On 23 January, the Foreign Secretary responded to a joint letter coordinated by Rushanara Ali MP and Jeremy Hunt MP urging the UK Government to take urgent action to protect the Rohingya Muslim minority from persecution from the Myanmar Government and military. View the original letter here.

"This is a disappointing response from the Foreign Secretary. The UK government has again failed to commit to joining the case against Myanmar on genocide prevention against the Rohingya people.

There is a very significant and welcome change in tone and language used by the FCDO on this case, with the Foreign Secretary making an unequivocal statement that atrocities are being committed and acceptance that there is no progress on accountability. It is promising to see that the UK’s support of the ICJ case is under more active consideration, however, this does not go far enough.

There is still no real commitment to supporting the case, and the Foreign Secretary’s reasons for not doing so at this point are unsatisfactory. To refuse to make a decision on intervening in the case until the timetabling is clear sets a dangerous precedent, as we’ve seen already that Myanmar is doing all it can to delay the trial by submitting numerous and repeated objections. The FCDO is effectively allowing the government of Myanmar to dictate the timing of its decision. In fact, if the UK were to announce its intention to intervene in the case now, it would send a very important political message, on top of the fact that when the case resumes it will make a valuable legal contribution. It is more important than ever that we continue to put pressure on the Government to immediately announce its intention to intervene and join the ICJ case." 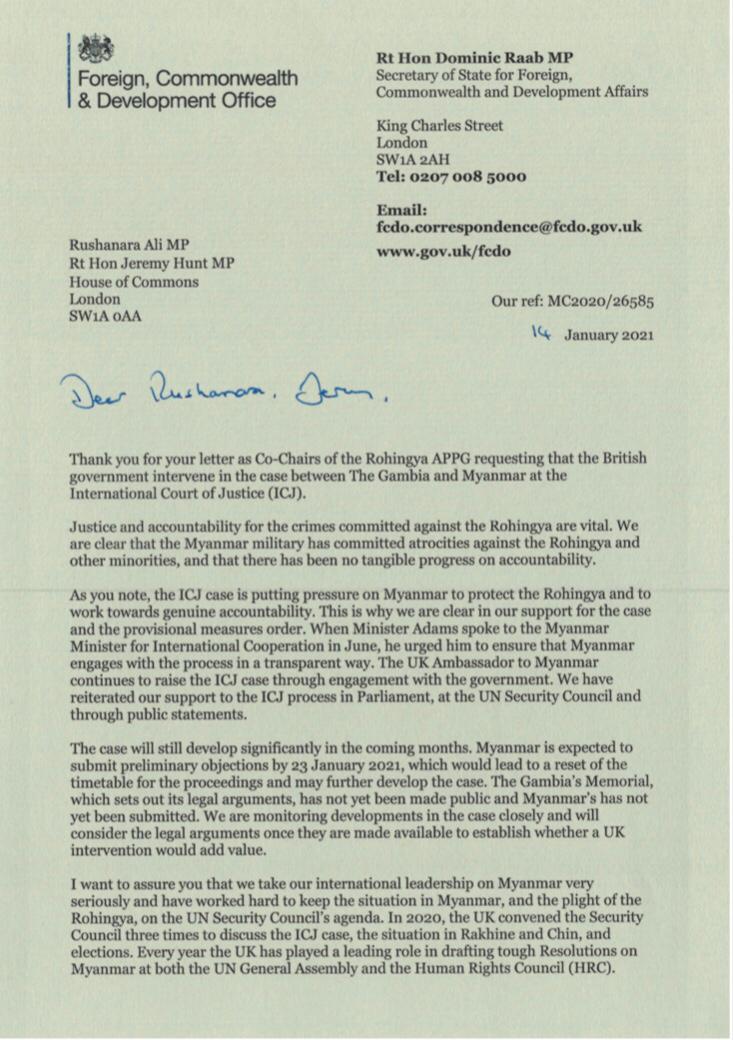 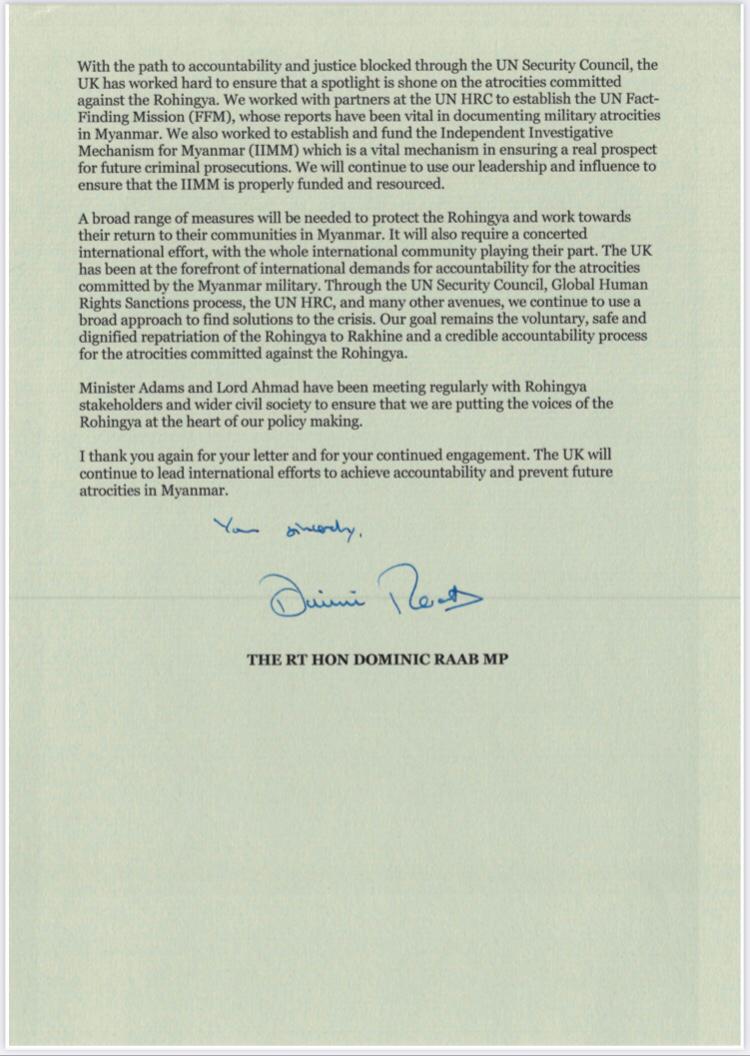