104 Parliamentarians from across parties are calling on the UK Government to take urgent action to protect the Rohingya Muslim minority from persecution from the Myanmar Government and military.

The MPs and Peers want the UK to formally support The Gambia’s case at the International Court of Justice (ICJ) to prevent genocidal violence against the Rohingya Muslim minority. A UN Fact-Finding Mission in 2019 made strong recommendations that the Myanmar military should be investigated and prosecuted in an international criminal tribunal for “genocide, crimes against humanity and war crimes”.

The Parliamentarians argue in the letter to the Foreign Secretary that ending impunity is essential not only to ensure justice and uphold international law, but also to deter further acts of genocide by the military and government in Myanmar.

“For years, parliamentarians have been raising the alarm about the atrocities inflicted on the Rohingya population in Myanmar. Without justice, recognition of their rights and citizenship, the Rohingya will remain in limbo as refugees in Bangladesh and across the region.

The UK must show leadership and uphold human rights and international laws on the world stage by formally joining the International Court of Justice case. Failure to secure justice sends a dangerous message that ethnic cleansing and genocide are acceptable policy tools for repressive governments across the globe.” 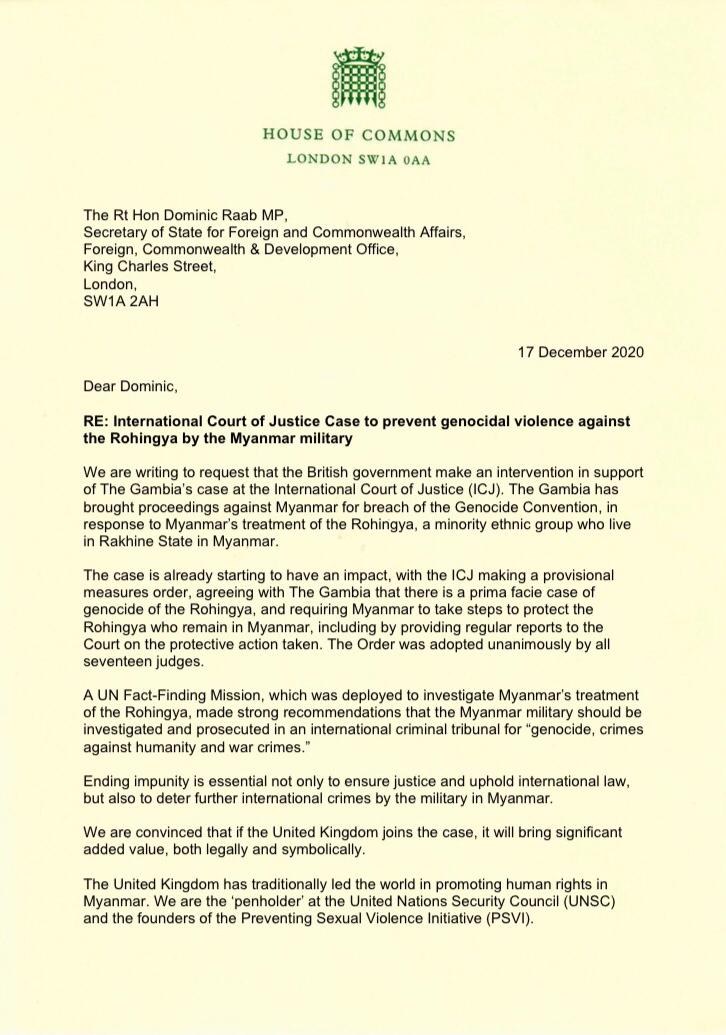 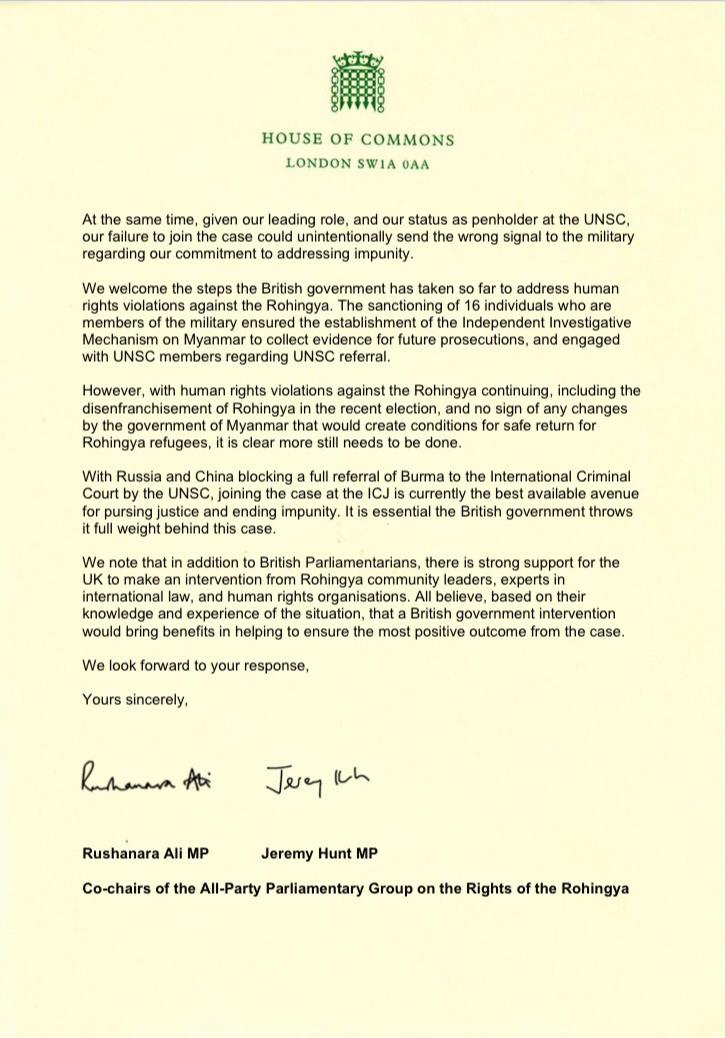 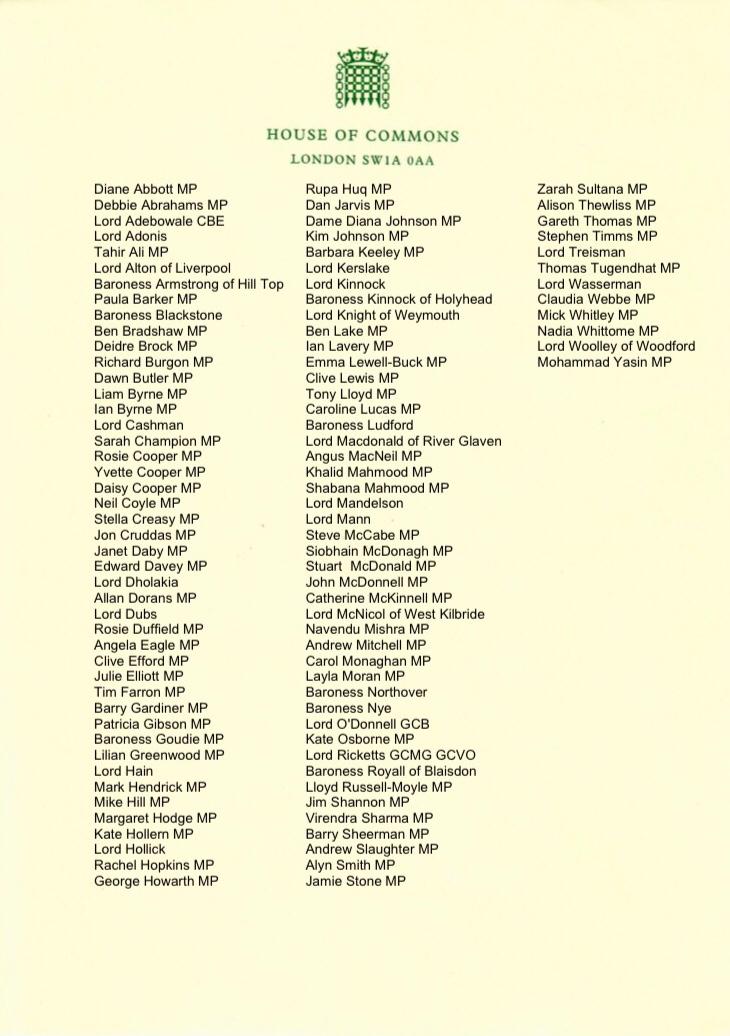