55 British and US Politicians call on President Biden and the UK government to take action to curb human rights abuses in Egypt.

Rushanara Ali MP has joined forces with politicians in the UK and US to call on President Biden and the U.K. Prime Minister to step up efforts to prevent human rights abuses in Egypt.

With Senator Tammy Baldwin (D-WI), Congressman Mark Pocan (D-WI-02) and 52 other Members of Congress and British Parliamentarians in a bilateral letter to President Joe Biden and Prime Minister Boris Johnson, they are calling on the two countries to intensify efforts to curb Egypt’s human rights abuses against critics of the Egyptian government.

In a letter, they call on the President and Prime Minister to leverage diplomatic relationships to end the arbitrary and unjust travel bans, asset freezes, and lengthy pretrial detentions President Abdel Fattah El-Sisi has imposed on human rights defenders and critics of the Egyptian government.

“Travel bans and bank freezes form an important element of the Egyptian authorities’ extensive architecture of repression, which includes the holding of thousands of people in pretrial detention, often without evidence of wrongdoing and for merely exercising their rights to peaceful assembly and free expression.”

With Egypt hosting COP27 later this year, the letter’s signatories hope to shine a light on human rights abuses as the world’s leaders gather in Cairo.

“These travel bans destroy lives, and are choking the Egyptian human rights community, but they go largely unnoticed by the wider world. Our government must take them far more seriously. In particular, I hope to see much firmer British action on the case of my constituent Jess Kelly. Her husband Karim Ennarah’s ban and those of his EIPR colleagues need to be lifted immediately.”

Some of the other signatories of the letter include, Harriet Harman MP, Ben Bradshaw MP Caroline Lucas MP, and other MPs across the parties, as well as US politicians including Bernie Sanders, Elizabeth Warren, Patrick Leahy, Sherrod Brown, Betty Mccollum, Ilhan Omar, and Rashida Tlaib. 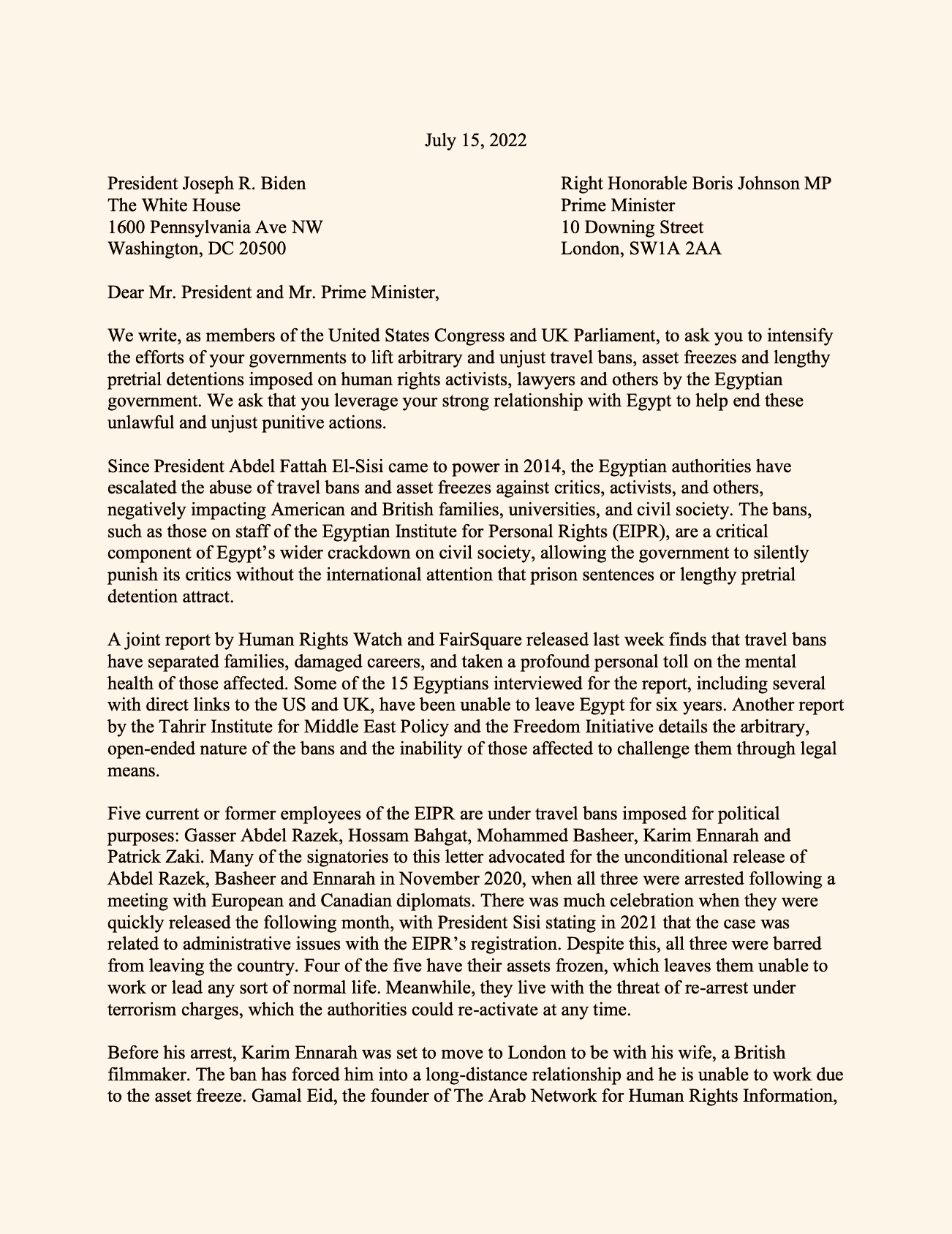 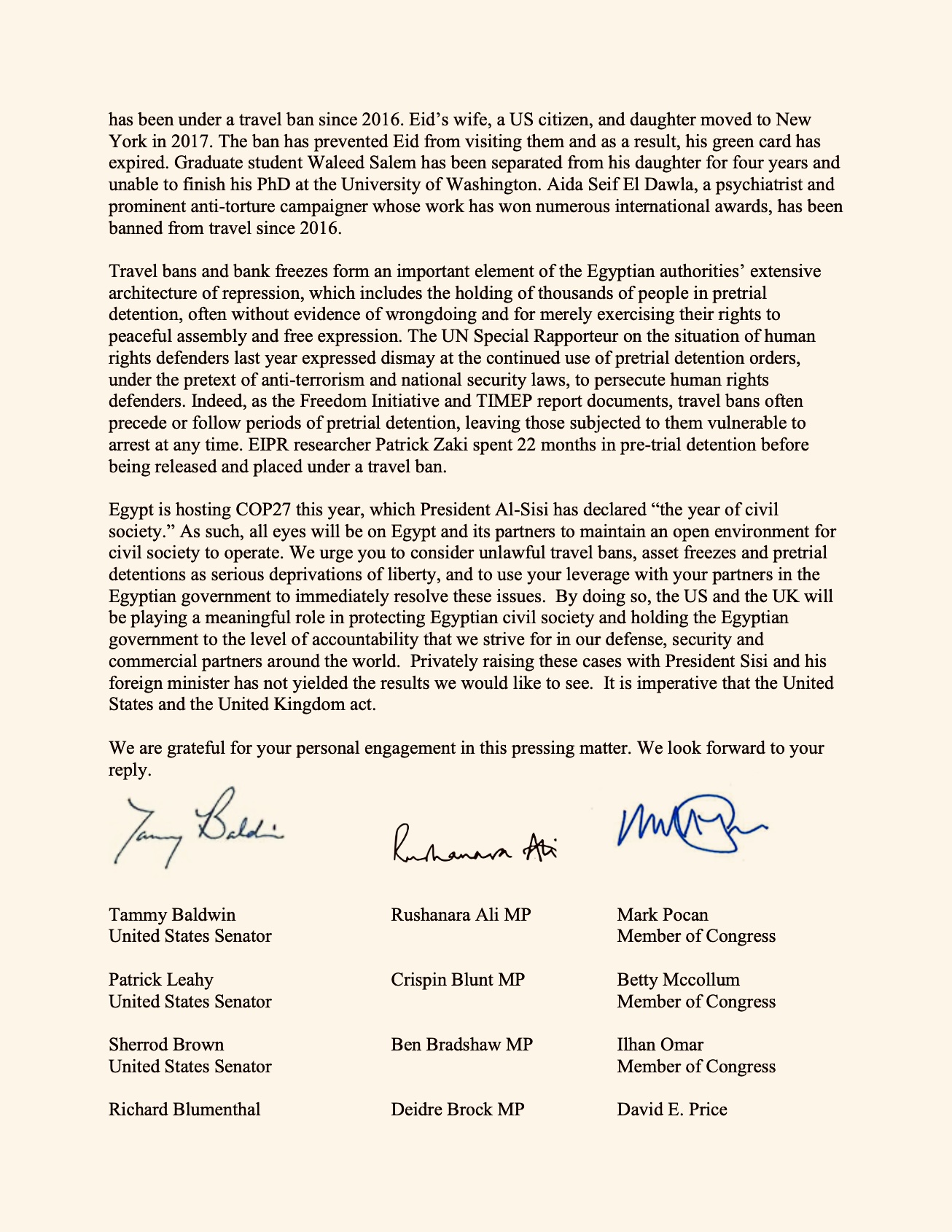 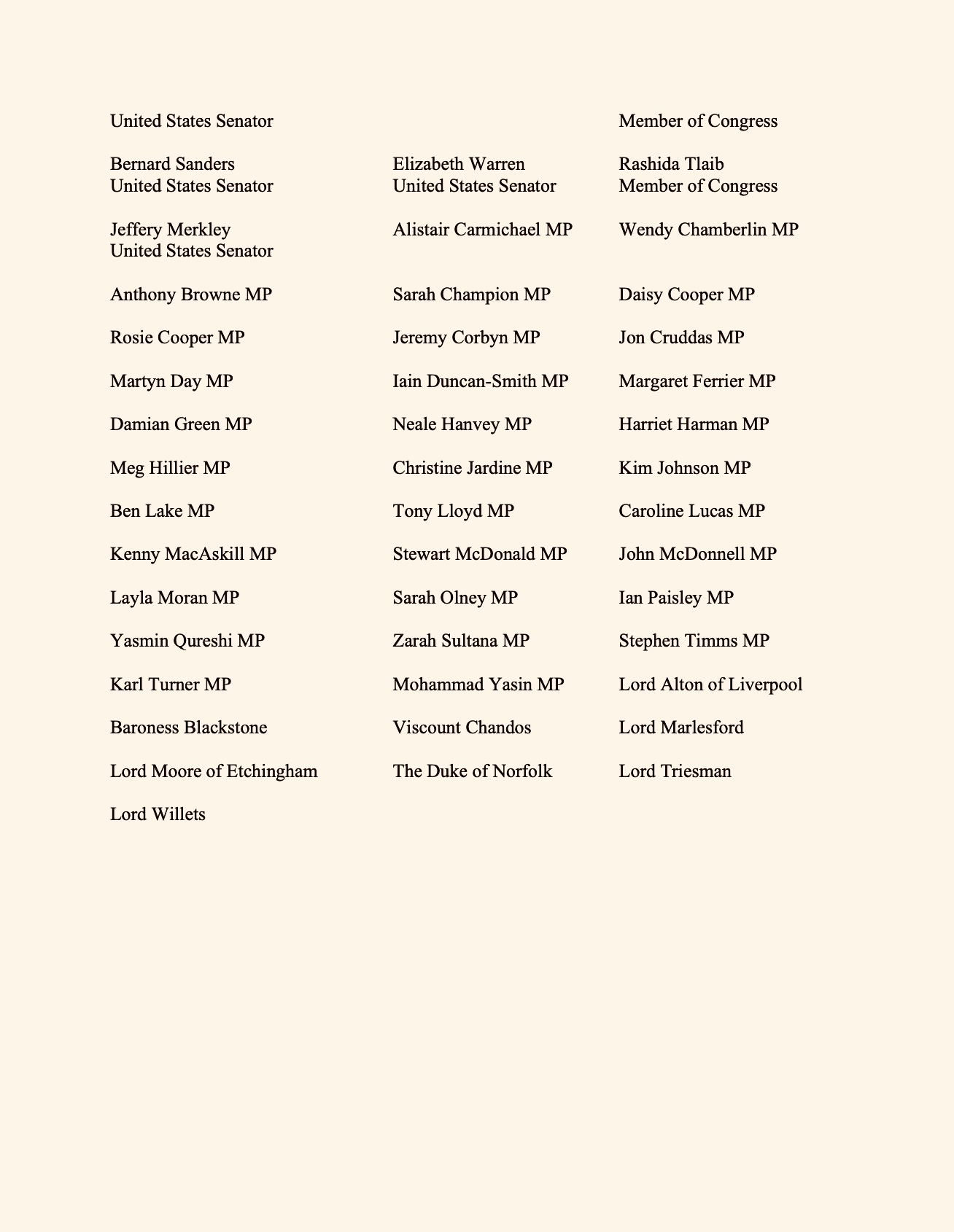