On 17 September, 34 Parliamentarians from across parties are called on the UK Government to take urgent action against human rights abuses in Egypt.

They have written to the Foreign Secretary expressing their concern about the ongoing human rights abuses in Egypt, and highlight the arrest and detention of three senior staff members of the Egyptian Initiative for Personal Rights (EIPR); Karim Ennarah, Mohamed Basheer and Gasser Abdel-Razek. Whilst the three human rights advocates were released in December 2020, they still face terrorism charges and remain under an asset freeze and travel ban. 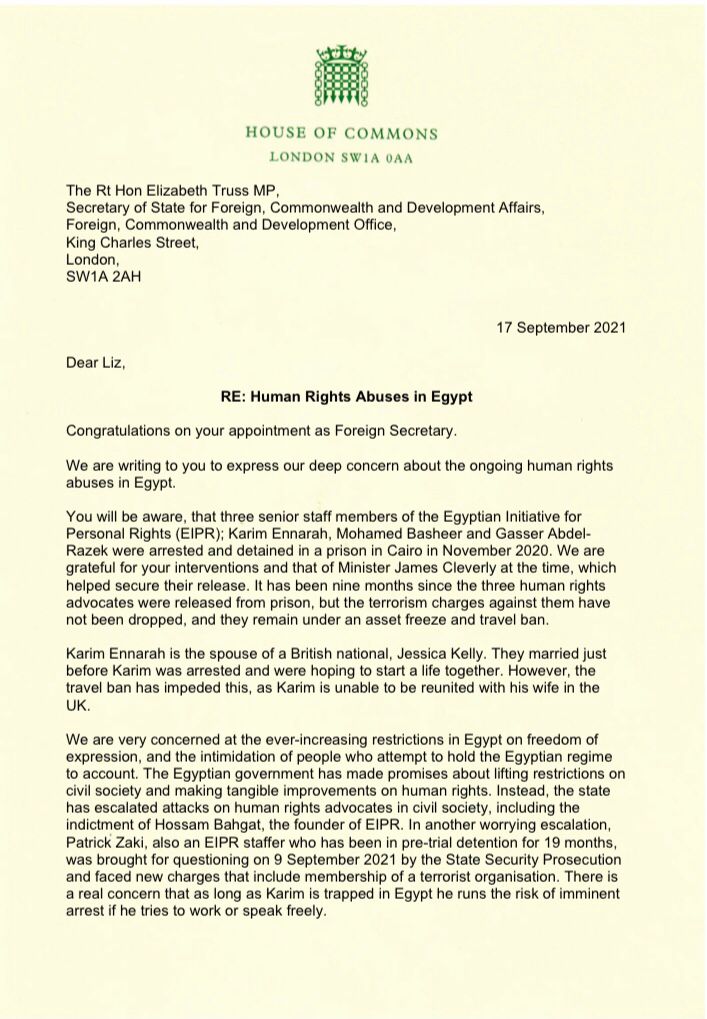 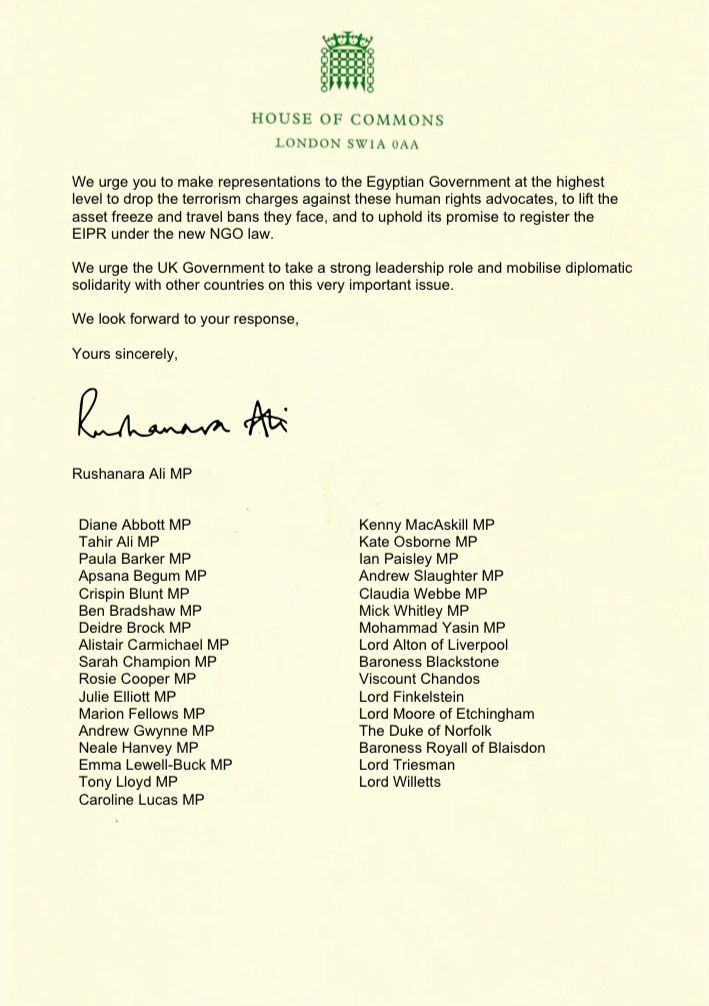